The With One Voice choirs are enjoying their final rehearsals and festive soirees for 2014 this week. All choirs return in the first week of February. ‘Til then, keep on sharing the joy of song and don’t miss our performance in Melbourne’s Australia Day Parade!

Thank you to everyone in the choir community for your songs, smiles and support this year. We look forward to more musical adventures in 2015.

Warm wishes to you and yours for a happy and harmonious festive season. 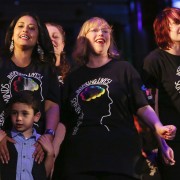 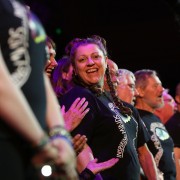 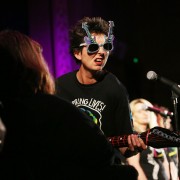 Songs for peace at Martin Place

Yesterday evening With One Voice Sydney led Martin Place in song… a peaceful show of togetherness at the end of such a sad day.

Our thoughts and prayers are with those impacted by the hostage crisis.

This is why I’m proud to be Australian. People singing Imagine in the city together is beautiful. #illridewithyou pic.twitter.com/EDRgjFDPmT

The crowd has broken into a rendition of Imagine here in Martin Place …. I can feel the tears starting #SydneySiege

I walked past a 100m queue to lay flowers and a choir singing ‘Still Call Australia Home’ in Martin Place on the way home.

Enjoy the highlights from Sing for Spring 2014! This uplifting video competition will be back next year, bigger and better, including a world record singing attempt!

We are delighted to announce a very special Gala Dinner will be held during the Creative Innovation Conference in March 2015 in support of the With One Voice program.

You are invited to enjoy fine food, wine, a Grand Disruptive Debate and world class entertainment including beat-boxing virtuoso Tom Thum, sensational songsters Pot-Pourri and the With One Voice choirs.

The Grand Debate will feature a number of world class speakers on the topic: “How will we humans compete with machines that can compose, diagnose and savour a rose?”
More event information.

Donations received will go towards supporting the participation of disadvantaged people in Creativity Australia’s acclaimed With One Voice program.

Tickets: $250 per person; $2,500 for a table of ten; or $5,000 for a corporate VIP table (this includes a $3,000 tax-deductible donation to Creativity Australia’s With One Voice program to support disadvantaged participants, prime position and the opportunity to have one of our extraordinary Ci2015 guest presenters seated at your table). 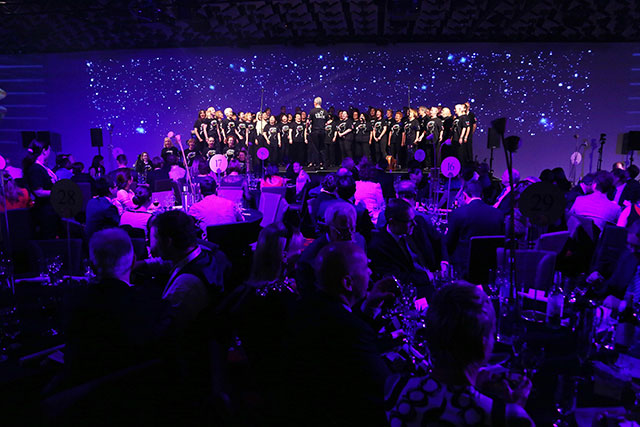 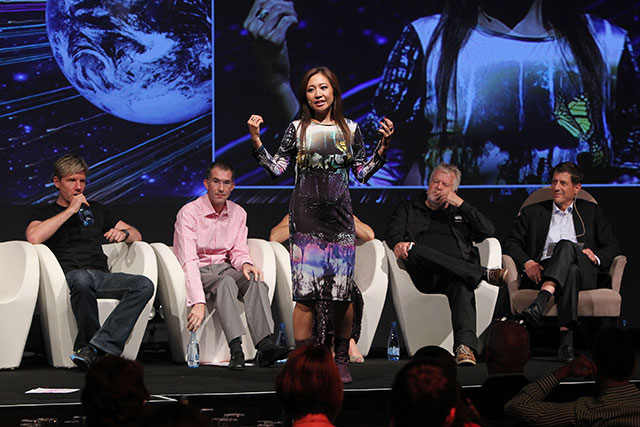 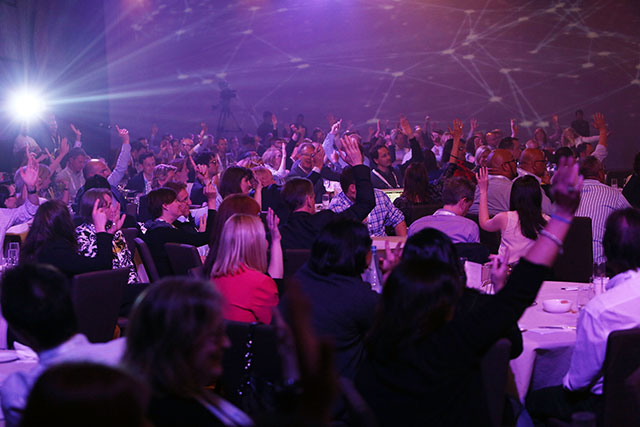 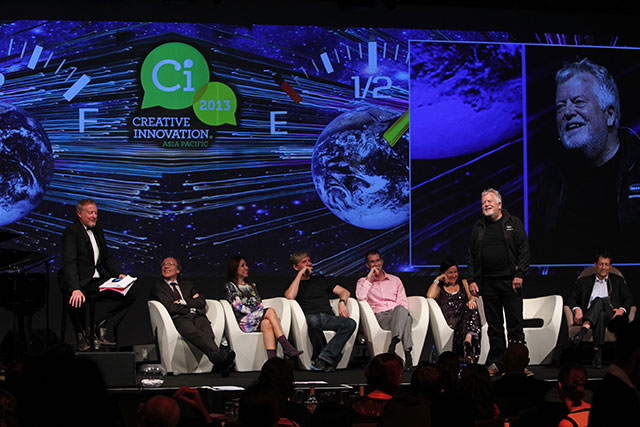 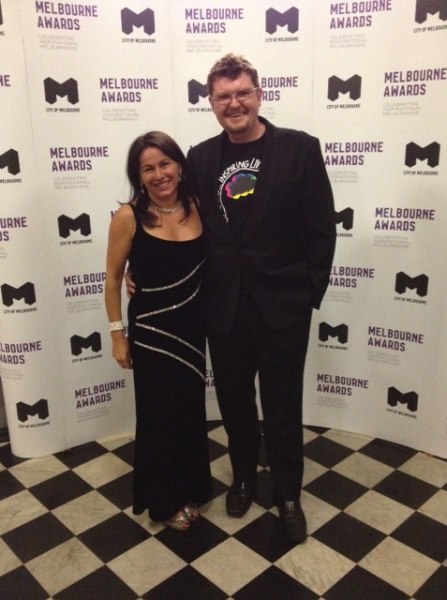 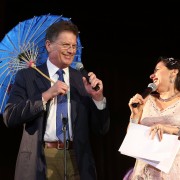 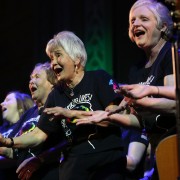 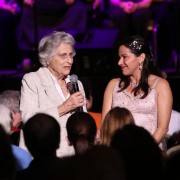 Winners of Sing for Spring 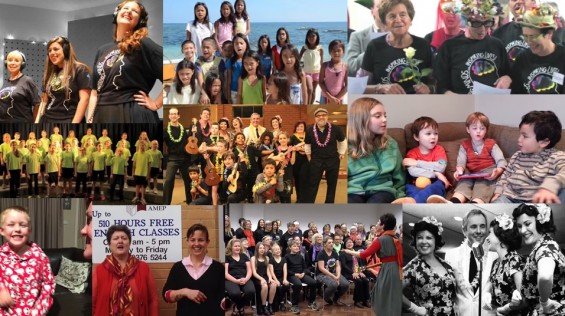 Congratulations to the winners of Sing for Spring 2014! The winners were announced by the Hon. Ted Baillieu MLA at yesterday’s With One BIG Voice concert at the Melbourne Town Hall.

While not everyone could be named a winner, our team was delighted and inspired by every single entry to Sing for Spring and we can’t wait for next year!

Thank you to everyone involved for sharing the joy of song and supporting the future of the With One Voice program. With your support, we were thrilled to raised more than $20,000.

MOST ENTERTAINING SING
Class of ’91 – ‘Bust A Move’

MOST DONATIONS RAISED
With One Voice Ashburton for their original song ‘The Joy of Song’
The fundraising efforts of this choir have been extraordinary. Not only has the choir created a CD of original music, they’ve been selling chocolates and running sausage sizzles to support the future of their choir. With One Voice Ashburton, we are blown away by your efforts. 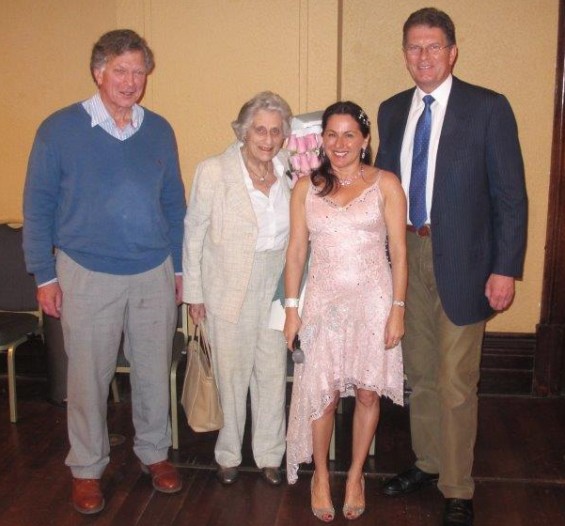 Ian Baillieu, Lady Southey AC, Tania de Jong AM and The Hon. Ted Baillieu MLA at the With One BIG Voice concert.

Sing for Spring  is a community singing project for a great cause. Families, workplaces, schools, community groups, sports teams… everybody is welcome. A nursery rhyme, campfire sing-along, office karaoke… the sky’s the limit!

Communities that sing together can help beat loneliness and isolation, mental illness, cultural tension, unemployment and more. So let’s share the joy of song every day!

Our friends at Creative Universe have just announced details of their 2015 Creative Innovation Conference, will happen in March at the Sofitel Melbourne on Collins.

“We need to find innovative solutions to the great problems of today to make them the opportunities of the future.

Ci2015 will feature over 40 global leaders, innovators and thinkers and deliver world class creative ideas and pragmatic solutions. It will offer credible forecasts, strategies and practices to help transform you and the leadership of organisations.

Join big and small business, educators, entrepreneurs, creative and government leaders, emerging talent and leading thinkers from around the World.

This is a must-­attend event for everyone seeking fresh insights, ideas, tools and connections.”

Diva and Divo… Puccini to Pop! 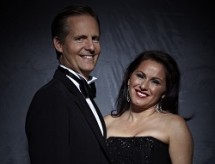 Where: Hawthorn Arts Centre
When: 11am, Tuesday 16 September

A celebration of fantasy, love, passion and romance in all its guises, our Diva and Divo bring a sensual mix of contemporary classics, opera and Broadway hits and beautiful duets to stir your senses and touch your heart. You will be entertained by the glorious voices, quality, charm, warmth, humour and theatricality of the artists.

The show features the founders of sensational singing group Pot-Pourri, Tania de Jong AM (soprano) and Jonathan Morton (baritone) with outstanding pianist Rosa Scaffidi. For many years they have performed all over the world at major concert halls, festivals and special events as well as releasing 7 CDs.

Songs include You Raise Me Up, My Way, Nessun Dorma, Time to Say Goodbye, Tonight from Westside Story, The Impossible Dream, La Vie en Rose, Summertime and highlights from shows including Carmen, Westside Story, Phantom of the Opera, La Traviata, Les Miserables and many more. Do not miss a magical performance!

With One BIG Voice Concert 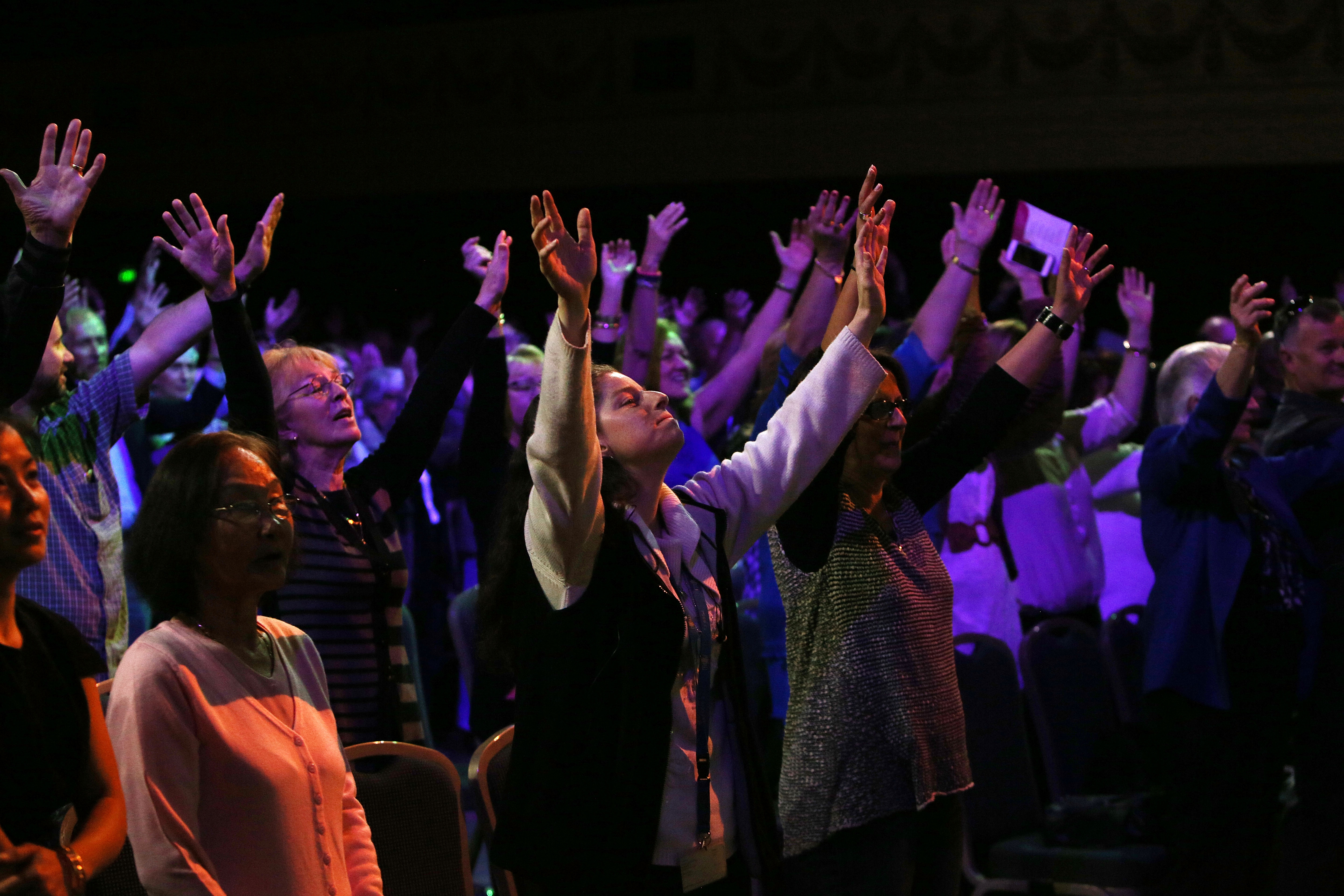 You’re invited to enjoy the 2014 With One BIG Voice concert, proudly presented by Creativity Australia’s With One Voice choirs!

Going Global: With One Voice Holland 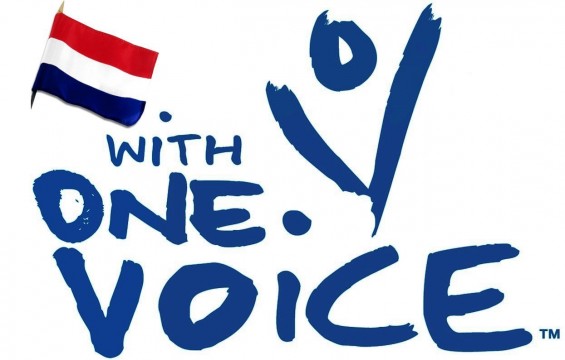 Wow! Marja de Jong (namesake and soul-sister of our Founder and Chair Tania de Jong AM) has launched four With One Voice choirs in Holland!

Join us on this international community singing journey and help change the world, one voice at a time!

Music video released: Sing It Out

This song was written specially for Sing for Spring by Scott Johnson (singer/songwriter, actor, star of the Jersey Boys) and features his partner Verity Hunt-Ballard (Sing for Spring Ambassador and Helpmann Award winning star of Mary Poppins) and With One Voice choir participants. Thank you to everyone who contributed to this wonderful recording project.

What would the world be like if we sung more? To find out, be part of Sing for Spring, our national community singing project.