Closure of With One Voice Frankston

It is with great regret that Creativity Australia announces the closure of its With One Voice Frankston program.

The success and sustainability of the With One Voice program is contingent upon its community engagement model. This model has been the cornerstone of the growth of Creativity Australia’s programs. Unfortunately, whilst the With One Voice Frankston has received great support from the individual members of the Frankston community, Creativity Australia has been unable to attract the financial support from the local businesses and government to ensure the continued operation of this program.

Creativity Australia would like to take this opportunity to thank supporters and partners of the Frankston program, in particular, The Brotherhood of St Laurence and Max Employment. Moreover, Creativity would like to also thank the wonderfully talented conductors, Sue Kirkpatrick and Jenny Taylor, who have worked tirelessly to grow the choir.

Creativity Australia would also like to thank the Frankston City Council for taking the time to review our submissions, during our last ditch efforts to save the choir.

The last rehearsal of With One Voice Frankston will be on 28 July.

We hope that this is not the last that will be heard of With One Voice Frankston and the wonderful voices that attended choir each week.

Our Founder and Chair Tania de Jong AM recently appeared on Ockham’s Razor (Radio National), speaking on The Neuroscience of Singing.

Listen here, or read the transcript below.

Robyn Williams: Music, language, go way back in human evolution. You know there’s a suggestion that talking came from humming and less obvious ways of communicating with each other, back then in the cave. And its effects on the brain are telling. Susan Greenfield also tells of a story of musicians whose practice measurably changes their brains. And, get this, sometimes all they have to do is think they are playing, rehearsing or singing to get the same cerebral result. Tania de Jong lives in Melbourne where she sings, records and mounts international conferences on innovation and creativity. And she starts with a song.

END_OF_DOCUMENT_TOKEN_TO_BE_REPLACED 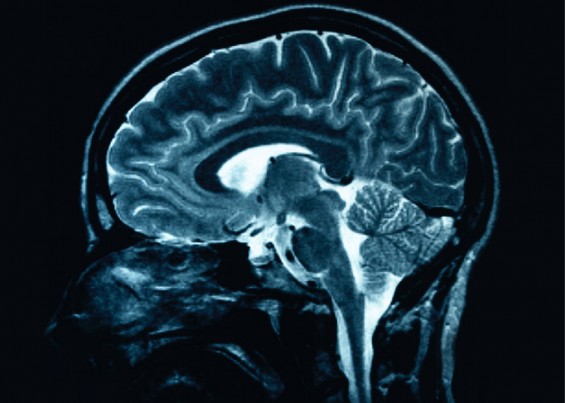 Ockham’s Razor is a special Sunday night feature on ABC Radio National – a soap box for all things scientific, with short talks by researchers and people from industry with something thoughtful to say about science.

Creativity Australia Founder and Chair Tania de Jong AM will be Robyn Williams’ special guest on Sunday 22 June at 7.45pm on Radio National, so listen in for some special insights into The Neuroscience of Singing.

June is Workplace Giving Month and this year The Australian Charities Fund is taking things to a whole new level with One Million Donors, a national campaign to involve one million Australians in workplace giving by 2020 to raise funds in a low cost, high impact way through their workplaces, contributing much-needed resources to charities.

We invite you to make Creativity Australia the charity recipient of your organisation’s Workplace Giving Program. We’ve just been named one of Australia’s top social innovations for the second year running and we’d love you to join us on our journey to create choirs Australia-wide, to empower individuals and build supportive communities through the joy of song.

Together, we can help beat loneliness and isolation, mental illness, homelessness, unemployment, cultural tensions and more.

Read more in Our Vision, Our Impact and Board and Governance.

Contact us for details on how to make us a recipient of your Workplace Giving Program, or find out more about One Million Donors at www.australiancharitiesfund.org.au.

A song in the air at Swinburne 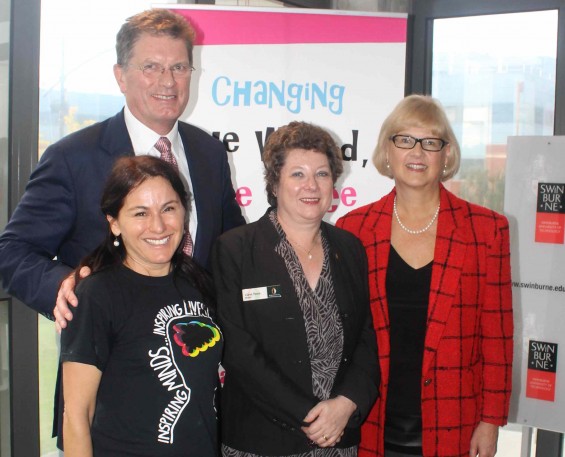 Yesterday was a great day for the With One Voice program, when key stakeholders met towards a future choir in the Boroondara area, supported by Swinburne University. At the event, Former Premier of Victoria Ted Baillieu agreed to become an Ambassador for our upcoming national Sing for Spring project, which will get communities singing from Cooktown to Cottesloe!

Creativity Australia has also secured funding from beyondblue to undertake, in partnership with Swinburne University, an evaluation project to understand how and why the With One Voice program works. It will be the first step toward a wider independent analysis, the scope of which includes other arts-health programs addressing specific social challenges such as mental health, depression, long-term and multi-generational unemployment.

In addition we are seeking partners for a specific piece of research evaluating the benefits of the With One Voice program for job seekers, in particular those within the job services and disability services network. This will be longitudinal research tracking the job-seeking intentions, behaviour and outcomes of a selection of new choir participants across multiple program locations.

The With One Voice choir program has been named one of Australia’s top social innovations for the second year running! Please click here to like, share and comment on our listing and help us top the Reader’s Choice! 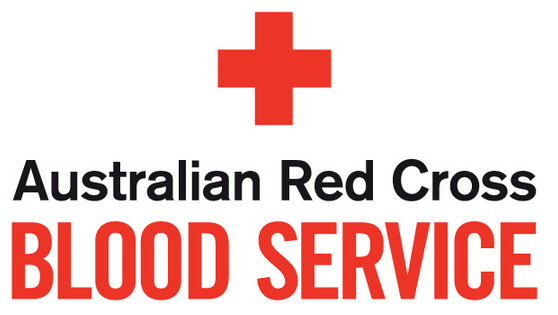 Here at With One Voice HQ we are so often delighted by the generosity of the With One Voice network. We encourage participants to give back to one another through sponsoring people in need and granting wishes on the Wish List.

Another way to give back to your community is by donating blood. Currently, only 1 in 30 Australians gives blood, but 1 in 3 Australians will need blood in their lifetime.

Club Red – run by the Australian Red Cross Blood Service – provides an opportunity for organisations and groups across Australia to donate blood as a collective.  If one donation can save three lives, imagine how many more could be saved if everyone in the With One Voice network donates blood?

To have your donations be counted towards the Creativity Australia tally, complete this online form. You only need to complete the form once, then every blood donation you make will be added to our team total. Hard copy registration forms are also at all donor centres.

Tip: In the address field, you may use your own address or the address of With One Voice HQ: 68 Clarke Street, South Melbourne VIC 3205.

Thank you to wonderful With One Voice Footscray volunteer Ambassador Ray McAlary for this terrific initiative. 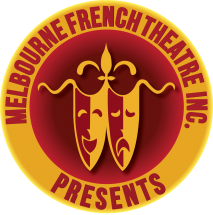 Check out our friends at Melbourne French Theatre, who’ve been championing multicultural arts in Melbourne since 1977!

For their next production, MFT will present a Southern Hemisphere first of the new play Cher Trésor from famous playwright and cineaste Francis Veber. 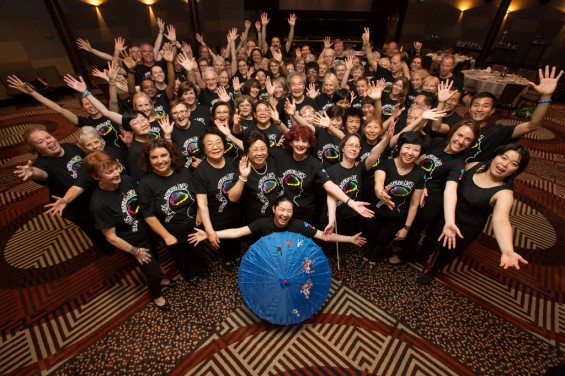 The With One Voice choir program, recently named one of Australia’s top social innovations, unites people from 40 nationalities, aged 9 to 90, through the joy of song.

This year we’re busy launching choirs in Altona Meadows, Redfern (NSW), Brisbane and beyond! In fact, following our Founder and Chair Tania de Jong AM’s recent TEDtalk How singing together changes the brain, we’ve had interest from as far away as Phoenix, Arizona!

It’s an exciting time to engage and celebrate with us… so join the singing movement!

Please spread the word to your colleagues, friends and family as we’d love a big turnout at this special event! Everyone is welcome.

Launch of With One Voice Brisbane a hit 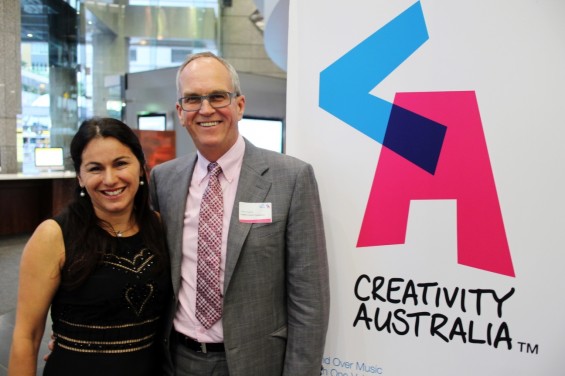 The launch of With One Voice Brisbane was a great success! More than 100 people attended the Commonwealth Flagship Branch in Brisbane last Thursday night to celebrate the launch of Queensland’s first With One Voice choir. Thank you to everyone who attended and supported this very special occasion. 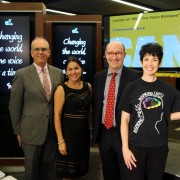 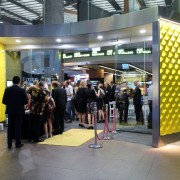 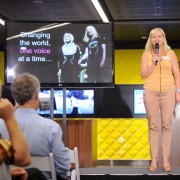 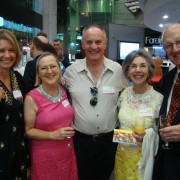 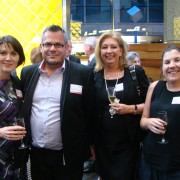 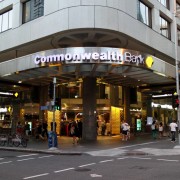 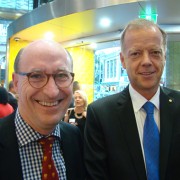 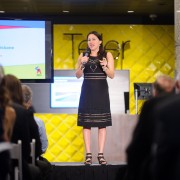 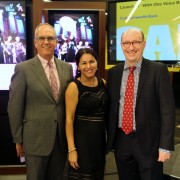 The Voice of Yoga

Our Founder and Chair Tania de Jong AM invites you to attend a special afternoon workshop run by her and acclaimed Yoga Instructor, Tantric Practitioner and Transpersonal Counsellor Andrew Mournehis. Wake up and find your unique voice this Autumn. Andrew and Tania will lead you on a journey of breath, yoga, sound, chant, meditation and song where you’ll free your body, open your heart and uncover your own natural voice. This day of unlocking the potential of your voice and healing your mind, body and spirit will include moments of reflection, meditation and joyful celebration!

We recommend booking early as places are limited.  Click here for more details.

Launch of With One Voice Brisbane

We’re thrilled to be launching With One Voice Brisbane this month, with rehearsals to start on Wednesday 2 April, led by Cath Mundy!

Queensland’s flagship With One Voice program will connect partners and participants from business, community, philanthropy, education and government sectors. It’s just one more step towards a nationwide (hey, why not worldwide… we’ve had an enquiry from Phoenix, Arizona!) With One Voice singing movement.

Please spread the word to your Queenslander friends, family and colleagues!