With One Voice Start-up Grants on offer – up to $10K available! Current Round Applications close 31st August, 2018 The… [Read]

Come join us now! The new season has begun.

All With One Voice choirs have begun meeting for the 2018 Season. Everyone is invited, and there’s no audition necessary. If you… [Read]

The prestigious Rob Guest Endowment Musician Award was won by Anthony Barnhill. Funded by the Capitol Theatre and the Sydney… [Read] 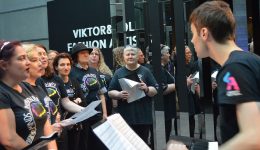 APPLY FOR $2500 SCHOLARSHIP More than 60% of people in our communities have felt lonely and disconnected at some time…. [Read] 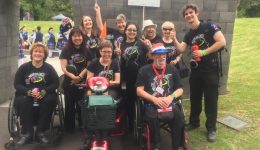 It was a fantastic day for our members who headed out to the Melbourne CBD on Australia Day. The sun was… [Read] 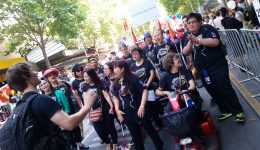 January is almost over, and 2017 is well on its way to being a fantastic year for the With One… [Read]

The Most Wonderful Time of the Year 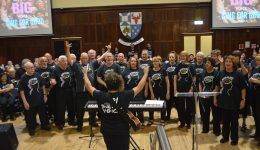 It has been such an incredible year for Creativity Australia, and we are extremely excited to co-create with you in 2017!… [Read] 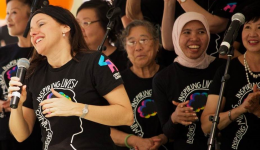 Start your own With One Voice Choir 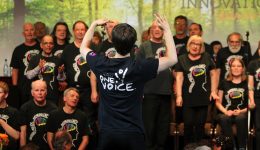 We have 10k grants available to help you establish a With One Voice choir in your local community, submit an… [Read]

Creativity Australia’s With One Voice program is approved to provide programs for the NDIS National Disability Insurance Scheme participants.

With One Voice Redfern Launch!

3..2…1….LIFT OFF! Our With One Voice Redfern Choir led by the super talented Mary Kiani, launched last night to a… [Read]