“Our society is fragmented and our ability to communicate with other people and express ourselves is limited. This undermines our fundamental human values, sense of family and community. We need to build social capital and give everyone a voice, no matter what their background. Unlocking more of our human and creative potential will lead to greater productivity and innovation to enable us to solve the community and global challenges we face.”

Tania de Jong AM is a trail-blazing Australian soprano, award-winning social entrepreneur, creative innovation catalyst, spiritual journey woman, storyteller and global speaker. Tania is one of Australia’s most successful female entrepreneurs and innovators having developed 5 businesses and 3 charities over 3 decades.

When she was just 14 years old her best friend told her not to bother having singing lessons. So it’s not surprising that her mission is to change the world, one voice at a time. Tania’s TED Talk ‘How singing together changes the brain’ has sparked international interest.

Tania is a global authority on creativity, innovation and collaboration. With a grandmother who invented the foldable umbrella, innovation is in her blood. And, as the daughter of Holocaust survivors, she has learnt about resilience and re-invention and developed a passion for diversity and social inclusion.

Tania is an agent for change. She is an inspirational and moving storyteller and presenter. Her keynotes, combined with the power of song, are transformational. She is known for her ability to unleash creative energy and capabilities, expand mindsets, build ‘can-do’ teams and strategies to develop a culture of innovation, diversity and inclusion.

Tania has an unusual background because her work and knowledge spans the business, public, creative and community. She is able to draw together cross-sector themes relevant to business and government sectors. She is a dynamic and insightful speaker, MC, panel member, workshop leader and performer and enjoys customising her contributions to create outstanding and memorable outcomes.

Individuals, communities, corporations and governments face increasing challenges and accelerating change, and Tania expand mindsets and inspires audiences to think more laterally and creatively about the future. In 2018 Thinkers50 invited her to be a keynote speaker and performer at the World Business Forum in Denmark.

Tania is also the Founder of three charities including Mind Medicine Australia which supports research and innovation in the treatment of mental health and psychological wellbeing through the use of psychedelic therapy.

Creativity Australia works with a range of marginalised individuals (including migrants, people with depression and disabilities and job seekers) and communities to build supportive networks through the acclaimed With One Voice  choir social inclusion programs. In 2016, Creativity Australia received the Melbourne Award for Contribution to Community and has been named in Anthill’s Top 100 Smart Innovations every year since 2013.

Tania founded The Song Room which has provided access to creative learning and wellbeing for over 500,000 disadvantaged Australian children since 1999.

Tania has a Bachelor of Law (Honours) from the University of Melbourne and is a graduate of Victorian College of the Arts in opera, music theatre and voice. She was appointed a Member of the Order of Australia in June 2008 for service to the Arts as a performer and entrepreneur and through the establishment and development of music and arts enrichment programs for schools and communities.

Tania’s other awards include Ernst and Young Australian Social Entrepreneur of the Year, the ‘Outstanding Individual Contribution to Australian Culture’, Churchill Fellowship and The Melbourne Award. She was inducted into the AGSE Entrepreneurs Hall of Fame at Swinburne University and named Brainlink Woman of Achievement. Tania was named in the 2016 Impact 25 Awards which honour the social sector’s most influential people for their significant and positive impact in Australia and around the world. In 2018 Tania was named in the 100 Women of Influence and the 100 Australian Most Influential Entrepreneurs in Australia.

Major clients have included the leadership teams of Woodside, Department of Defence (DST Group), McKinsey & Company, PwC, Ernst & Young, BCG, AGL, Veolia, Spotlight, David Jones, Perpetual, Telstra, Transurban, Mondelez, ANZ, CBA, NAB, BHP, INSEAD Business School, AON, The Florey Institute, CPA, Rotary, various Governments, Universities and schools. She has been a keynote speaker at many leading innovation, education, entrepreneurship and technology conferences and special events including the International Innovation Symposium in Vienna. Tania writes articles and has been featured and interviewed across major media including Huffington Post, ABC, AFR BOSS Magazine, The Australian, The Age, Sydney Morning Herald, 2UE and many others. She has spoken and performed in over 40 countries.

Tania has released 7 albums with her acclaimed singing group Pot-Pourri and has released 3 solo albums, Soundsations, Heaven on Earth and the new release Flying Free.

(Trivia: Tania attended college in the USA on a tennis scholarship. Her grandmother Slawa Duldig invented the first foldable umbrella in Vienna in 1929.) 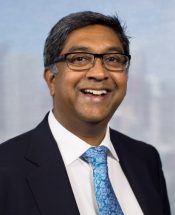 Dr Pradeep Philip is the CEO at Deloitte Access Economics.  He is a highly qualified and experienced executive operating at the highest levels in politics and public policy and public sector management in Australia. His passion lies in purposeful and values based strategy, innovation, and cultural change in organisations, focussing the attention of individuals, teams, and organisations on understanding customer and citizen needs.

Pradeep was the founding CEO of LaunchVic – a company he established for the Victorian Government to invest in the infrastructure of the ecosystem to support entrepreneurs, startups, and scaleups. Prior to LaunchVic, Pradeep held three of the Victorian Government’s most senior public servant positions.  Most recently he served as the Secretary of the Department of Health and Human Services with an annual budget of $20 billion and 13,000 staff (2015), Secretary Department of Health (2012) and Deputy Secretary Policy and Cabinet for the Department of Premier and Cabinet (2010). Prior to that, Pradeep worked with the Commonwealth Treasury and as Director of Policy – Office of the Prime Minister.

Pradeep is delighted to be a Director of Creativity Australia and the inspirational With One Voice social inclusion and community wellbeing programs. 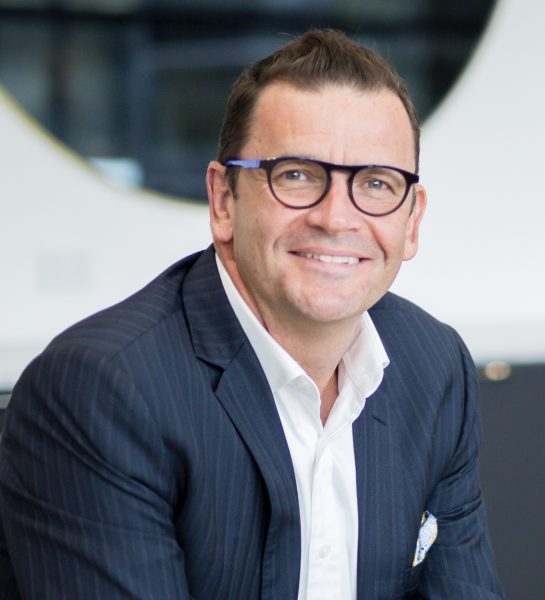 David Mansfield is the Chief Operations Officer at Quest Apartment Hotels. David entered hospitality management three decades ago, and has since been driving change and efficacy through senior management roles across six countries within the Pacific, South East Asia, South Asia and the Middle East. David’s strengths lie in asset management, value creation, operational excellence, strategic alignment and positioning, digital, sales and marketing, food and beverage design/concept development, cultural change and talent development. David has made an art of balancing the demands and strategy of asset owners and brand entities, while consistently delivering on the guest promise in an ever changing landscape.

Small to large enterprises in both hotel city and resort operations have been the beneficiary of David’s leadership, where he has exceeded and redefined brand and owner benchmarks across soft and hard metrics. Highlights include: improving associate engagement by 31%, reduced FTE’s up to 35% whilst improving retention from 48% to 15% p.a., re-engineered businesses cost base in line with market conditions generating net savings of AUD10 million within a year, increased RevPAR from AUD156 to AUD185 at a yearly growth of 4% p.a., and leading large teams of up to 1,200 associates for one business unit to over 3,000 within a portfolio of properties.

Calling Australia home, David has identified the opportunity to mould a national talent pipeline for the industry, spearheading and facilitating educational and philanthropic partnerships within the region. 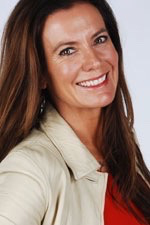 Julia has held senior management positions across the Victorian Government for the last nine years, most recently focusing on the prevention of family violence and the pursuit of gender equality. Julia developed the successful state-wide community engagement campaign Victoria Against Violence – 16 days of activism aligning with the United Nations’ global efforts and the Respect Women – Call it Out advertising campaign suite.

A passionate artist and photographer, Julia has exhibited in New York, Chicago and Melbourne. Her personal life has been the subject of three documentaries on antarctic exploration and the book A Step Too Far. In addition to her involvement with Creativity Australia, Julia is a longtime supporter of The Smith Family, The Heart Foundation, Heart Kids, The Children’s Heart Research Centre and all efforts related to animal welfare.

She lives in Brighton, Victoria with her three teenage children, Olivia, Angus and Dougal, who share her commitment to human rights and passion for artistic and charitable endeavours. 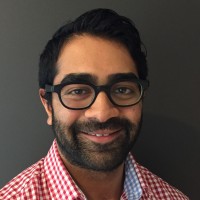 Vivek is a Digital and Product Consultant at PwC Australia. Vivek entered into consulting over 5 years ago, with experience in strategy, operations, finance and digital product development. Vivek has since been driving towards outcomes for his clients on a social and business and managerial level, throughout Australia and globally. Vivek’s strengths lie in product development, new ways of working, corporate strategy, operational excellence, strategic alignment and storytelling. Vivek enjoys working with people to help understand their needs, wants motivations and preferences so that he can tailor products and services to meet their needs, and develop intelligent products that predict future trends and how organisations can adapt to changing needs in the market .

While Vivek lives in Australia, he has lived in many countries including China and has studied in various universities around the world. His passions outside of digital products include sports, music and spending time with his family and friends. He especially enjoys cricket during the summer, AFL and Rugby in the winter, and enjoys sports from around the globe such as NBA and English Premier League.

Vivek hopes to continue his work and passion in organisations and groups, through his leadership and skills in business.