Nerves On A Choir: My First Rehearsal · Creativity Australia 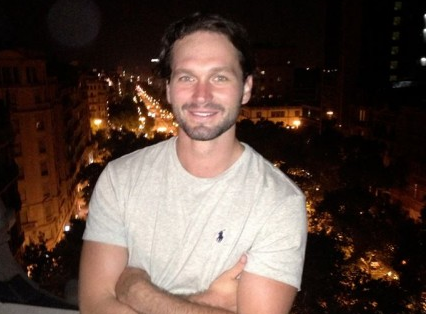 As I stood awkwardly wondering what I had got myself into it was suggested I go and join the “boys”. The boys, or the bass section, consisted of six men all much older than me, yet some were years apart from one and other.  Summing up the situation I attempted to sneak into the back row unnoticed, but this close knit gang of basses weren’t about to just let anyone in. A tall older man turned and looked at me. He offered me his hand and joyfully asked “do you sing often?” “No, not really,” I said. He smiled before saying, “You have a voice. That’s a start”.

The tall man then introduced me to the rest of the boys, each as welcoming as he.  After being accepted into the “gang” I noticed how much they enjoyed bouncing off one and other, telling stories, and checking up on other members. As more basses arrived I was continually introduced and made to feel welcomed in their jokes and chit chat.

As Kym, the choir conductor, began to take the warm up I got a chance to see how excited everyone was to start singing. Some focused their breathing to prepare themselves, others joked and smiled, and some just sat there content in the company of others. Yet the fact remained, the most daunting part was coming, and the singing was about to commence. 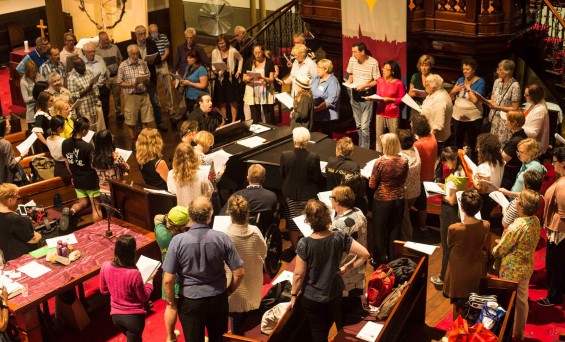 Kym stood before us with the song lyrics we were about to tackle projected brightly for all to read. As we went through our warm up I tried to sing under my breath, as not to offend anyone with my untried voice. Before we sang the first song together Kym broke it down into sections and helped everyone to understand their role. With each attempt I began to grow with confidence, as if I was catching it from the other choir members by seeing their joy manifest through their singing.

I couldn’t help but feel the sense of anticipation building to start singing as one.  Once Kym was satisfied everyone felt comfortable we began our first group rendition. Any nerves or fears I had quickly vanished as the energy, joy, and passion quickly became contagious. Before I knew it I was singing as loudly as anyone else, and dare I say it I think I sounded pretty good! But my individual performance didn’t matter, as the sound of so many different and unique voices from people all sorts of backgrounds became one. I couldn’t help but feel camaraderie and a sense of inclusion.

We went on to sing another two or so songs and by the choirs end not only did I feel a part of it, I felt I had truly enjoyed it.   As the singing ended the Sofitel provided supper for the choir members; a chance to move around the room and talk to people in different parts of the choir. I quietly slipped out feeling uplifted, with a sense of enjoyment and accomplishment, with my previous perceptions completely re-shaped.

Never before have I taken a chance to sing in a choir. After my experience at With One Voice I realised what I have been missing out on. There is something so liberating about singing, and when you’re given the chance to be who you are and sing, I highly recommend you take it. You will not regret it, how could you?