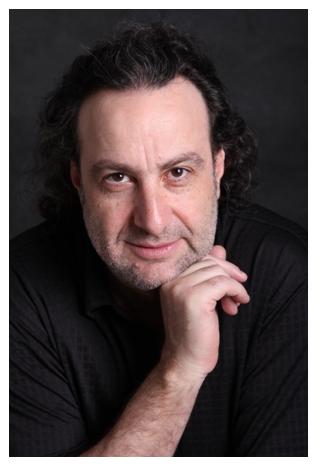 Robert’s love for music was deeply influenced by his father, David Teicher, who was a leading professional opera soloist across Eastern Europe and Russia in the 1940s and 1950s.

“My parents started my brother and I with piano lessons when I was six years old and I hated every minute of it! But then when I was about 10 or 11 years old, quite suddenly, almost overnight, I began to enjoy playing the piano! I know to this day that starting piano lessons at an early age is great for kids, but I still recognise – to this day – that my first teacher was a total battleaxe! So the choice of teacher is really important.”

From accompanying professional singers on the piano to singing at the Sydney Opera House in full costume and make-up in 5 Opera Australia Productions, Robert has ventured into many musical avenues. He has been composing and arranging music for many years and conducting choirs since 1994, including the Waverly-Randwick Philharmonia, The Daydream Believers and The Great Synagogue Choir.

“I also had the joy of observing Anthony Warlow every single night doing 8 shows a week for 4 months when I played first cockney in “My Fair Lady” at Sydney’s Capitol Theatre back in 1999. It was great fun!”

Robert also does one-man cabaret shows around Sydney and has even dabbled in broadcasting and film productions, having worked for SBS and 2RES FM for a number of years.

“I was very lucky to have met and interviewed some amazing people, including Jerry Lewis, Victor Borge, Alan Dershowitz, Simon Wiesental, Dr Ruth, Gottfried Wagner, Bryce Courtney and Topol. The wonderful thing about all these brilliant people was that they were so disciplined in developing and maintaining their skills. And they were all really down to earth and very easy to chat with.

I love music and feel so lucky to share my love for music with anyone. Music, to me, is the language of Man. Words just get you into trouble. But music can soothe the soul, mend a broken heart and lift you higher than any adjective, word or sentence. It’s a joy and a privilege for me to part of the ‘With One Voice’ group and I’m loving every second of it!”