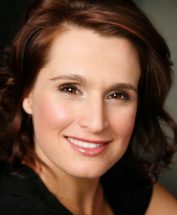 Currently based in Sydney, with strong working ties to France and New York, Elizabeth is currently MD for the children’s pop group Hi5, runs a private singing studio (in Glebe) and was the original conductor of Creativity Australia’s With One Voice Sydney, for which she was awarded ‘Hidden Hero of Sydney’ from Mayor Clover Moore, and the City of Sydney. A documentary was made about the success of the choir which ran on SBS in 2017  called “Sing Your Little Heart Out”. Liz is currently conductor of the new Creativity Australia With One Voice Chatswood choir.