As well as booking our inspirational choirs, you can also opt to add a professional soloist to your event booking. Soloists can be hired to sing with the choirs, perform their solo sets and also MC your event.

Each of our Divas have a close connection to the With One Voice program and are able to customise their repertoire to suit your event.

For bookings or for more information, contact us at withonevoice@creativityaustralia.org.au or call 03 8679 6088 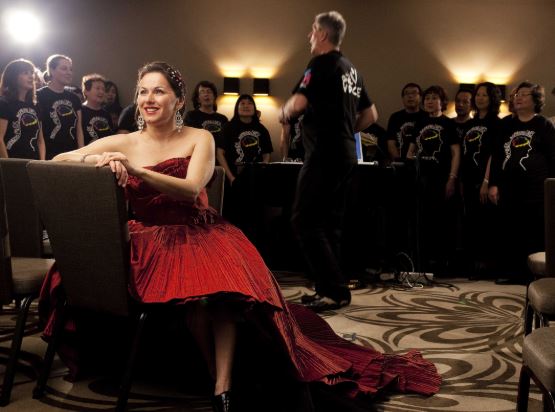 spiritual journey woman, creative innovation catalyst and social entrepreneur. She is the Founder of two charities, The Song Room and Creativity Australia and the With One Voice program, and Creative Universe, Creative Innovation Global, Dimension5, Pot-Pourri and MTA Entertainment & Events.

Opera Opera Magazine described Tania as “….gorgeous, golden-voiced and theatrical…what a talent.” Tania has studied in Australia, UK and Italy with the world’s leading vocal coaches.  She performed with the Victoria State Opera and has appeared as a soloist in operas and musicals and with orchestras, festivals, corporate and special events globally.

Tania holds graduate and postgraduate degrees from the Victorian College of the Arts (Voice, Opera and Music Theatre).  She has a Bachelor of Law (Honours) from the University of Melbourne.

She was appointed a Member of the Order of Australia in June 2008 for service to the arts as a performer and entrepreneur and through the establishment and development of music and arts enrichment programs for schools and communities.

There have been over 76,000 views of her TED Talk: “How singing together changes the brain”.

Tania mission is to change the world, one voice at a time!

Lydia was the series winner of Jonathan Ross’s Big Big Talent show on ITV in the UK at the age of 16. Following her achievement she was invited by the Queen to sing for her at the Royal Variety Performance in London where she performed alongside Celine Dion, The Spice Girls and Michael Bolton. 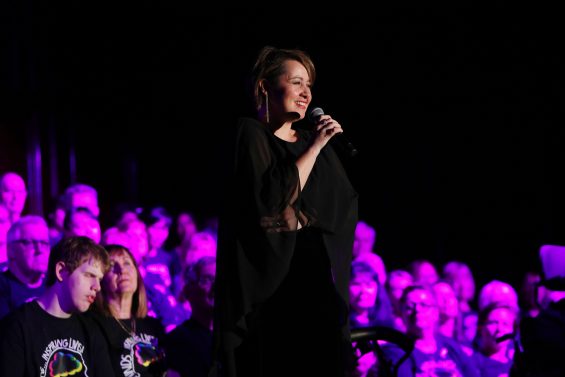 Other credits include Cosette in the London production of Les Miserables, Dorothy in The Wizard

of OZ and Carrie in Carousel. On television, she played the role of Sophie in the BBC sitcom ‘Empty’, appeared as ‘herself’ on the Mike Doyle Show, Just Up Your Street and the Welsh TV show, Noson Lawen. In 2010, Lydia was asked to be a featured soloist in the 25th Anniversary performance of Les Miserables at London’s O2 arena which was broadcast live in cinema’s all around the world and is now available on DVD.

Her concert career has taken her all over the world, performing alongside and has performed with some of the world’s leading military bands and concert orchestras, namely ‘The British Philharmonic’, the ‘Prince of Wales Swing Band’ and the ‘Band of the Royal Life Guards’.

She has recorded numerous albums over the years, her most recent being ‘I’ve Got It Covered’.

For more on Lydia, please visit her website here.

Watch Lydia’s performance of On My Own at Melbourne Town Hall.

With One Voice Seed Funding Round 19 OPEN NOW!

With One Voice community choir Seed-funding grants of up to $10,000 available NOW! Creativity Australia is building a happier, healthier,… [Read]

WOV AUS, We All Sing Together

WOV AUS, WE ALL SING TOGETHER: END OF YEAR AUDIO RECORDING PROJECT A Mass Singalong audio recording of We All Sing… [Read]

Online was fun, thank you all- but it’s time to get back together – come join us.

19 months ago we embarked on a journey into the unknown. How could we keep our choirs together when we… [Read]