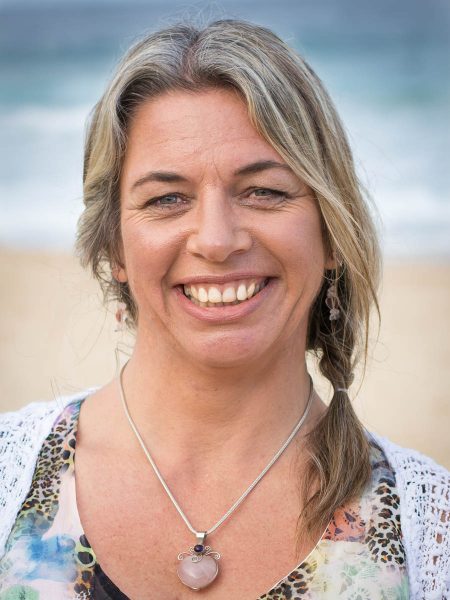 Terese, more often known as Tess, grew up in a small country town riding horses, motorbikes, learning to care for animals and the land. Lured by the city lights, she became lead singer of a successful smalltown rock band at 18 and worked three jobs to travel the World at 21. Eventually settling back home, she had the first of her three children at age 28. Tess spent time at Uni studying Social Sciences but due to chronic  illness and single parentness, settled for a Dip. Of Community Services.

She resigned from her job as Project Coordinator of a pilot ATOD program for headspace and moved to Noosa (from Tasmania) in 2014 fulfilling a long-held dream to live in warmer climes. A lover of the ocean, she jumped straight into Surf Life Saving, patrol volunteer and age manager the Sunshine Beach U/10s.

Family has drawn her back to Tasmania where in her role as Celebrant, Tess performs Sacred and Contemporary Marriage Ceremonies.

She is a classically trained vocalist, offering her voice as a performer, teacher and choir conductor for over 30 years.

Tess is a student of Shamanism and lives this with much gratitude through the teachings of her many Masters, Sacred Ceremony and Rituals, her work as a Vision Quest Protector and more recently through her voice. Living in Indonesia in 2018 teaching Yoga, Tess was blessed with the opportunity to meet and work with a Sound Healer from Ecuador and found her true Healing Voice.

Since returning to the Break O Day community, she has joined Sister Rhythm who perform monthly Sound Healing sessions around Tasmania.