National Cerebral Palsy Week (CP Week) will be held from Monday July 30th to Sunday August 5th.  CP Week is an annual celebration which recognises the achievements of people with cerebral palsy, and aims to create greater awareness, understanding and acceptance.  The important message for our community is to focus on seeing people with cerebral palsy firstly just as people, and to work together to achieve full social inclusion.

One of Cerebral Palsy Australia’s member organisations, CPSN Victoria, is hosting some events as a part of CP Week – why not get involved by visiting them at:

Cerebral Palsy Australia suggests a number of ways to get involved in CP Week – by learning more about cerebral palsy, sharing a story or by simply making a donation.

Stress Down Day is a fundraising event to help cover the cost of running Lifeline’s 24 hour telephone counselling line – 13 11 14.  Forget Casual Friday, why not suggest Stress Down Thursday at your workplace this week?   Workplaces participate by enjoying a day of stress reducing activities, including wearing casual dress to work, in exchange for a donation to the cause.

Lifeline have also put together a few fact sheets – a handy guide to overcoming stress and some information about stress.

You can read more about the cause and ways you can get involved here.

Wishing you a stress free week!

Just a quick reminder to the Melbourne Singers that there is rehersal next week, on Tuesday 31st July.  Rehearsals will continue as normal for the rest of the year.

Why not celebrate by bringing a friend along?

The Heidelberg Singers performed brilliantly at the opening of the Olivia Newton-John Cancer & Wellness Centre on June 23rd. It was reported that Olivia was in tears at your rendition of ‘Imagine,’ and even joined in on stage for ‘Summer Lovin”!

You did a fantastic job of uplifting the spirits of everyone in attendance, truly setting the tone for the inspiring Centre. Well done!

To view some photos of the performance, visit here.

Apologies to the Hume Singers – rehearsal for tonight (18th July) has been cancelled.

Rehearsal will be as usual next week, on the 25th July.  See you there!

Hume Sings was recently featured in the Hume Leader newspaper – you can read the article here. It has a great photo of some of the Hume Singers too!

Congratulations to all who participated in the Choirs Festival last weekend! Anrew Houston from SingWest has extended his congratulations for what was a great performance, saying “it is really great to be able to see so many different choirs, arrangements, styles and voices. Loved it!”

We’ll keep you updated about any photos of the performance – but if you know of someone who did take any photos or a video, why not get them to email the photos, or post them onto our Facebook page?  It’d be great to see pictures of the Hume and Footscray Sings choirs coming together!

Congratulations on your great performance at the Rotary Club of Dandenong’s Changeover Dinner earlier this week!  If anyone has any photos, why not post them on our With One Voice Facebook page?  It’d be great to see the Greater Dandenong Sings choir in action.

Why not bring a friend for term 3? 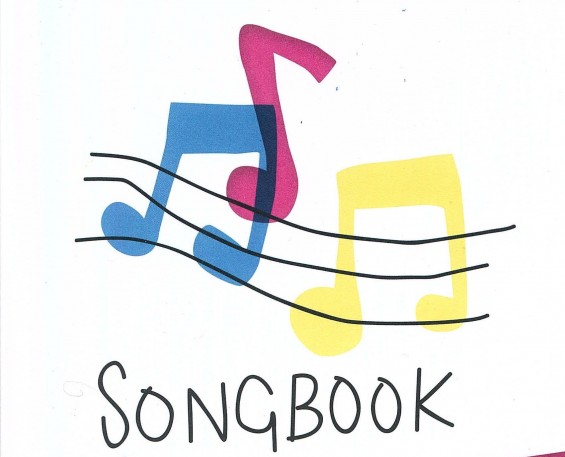 Creativity Australia is proud to present its first ever With One Voice Songbook!

The book is 50 pages in full colour, and contains lots of classic songs with contributions from all of the With One Voice conductors.

All registered choir members will receive a free copy once the choirs resume after the holidays.

Why not bring a friend for term 3?

The Choirs Festival is part of the Newport Folk Festival – a weekend of concerts, workshops and jam sessions in various venues. The event will be at The Substation on the afternoon of Sunday 8 July – bring your family & friends along for a marvellous afternoon of entertainment!