With One Voice Wedding Bells! 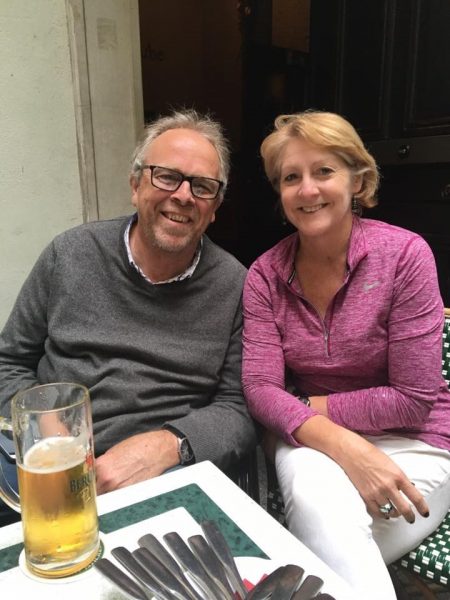 Singing in choirs has many benefits.
For some it can lead to marriage!

Jillian and Michael from our With One Voice Sydney choir are getting married in April.

We both started coming to choir separately in the first half of 2015. I just wanted to blend into the background and sing because my work involves being in front of people quite a lot and I saw choir as a circuit breaker. Michael on the other hand was surrounded by colleagues and friends and he is very extroverted so he’s happy to shine wherever he is.

We didn’t start talking until the night of the Christmas party gig the choir did for a corporate at 207 Kent St in November 2015. We discovered that we both grew up in Newcastle and that I had gone to school with Michael’s younger brother. Upon further research we also found out that our mothers lived one street away from each other, had also gone to boarding school together and had known each other for nearly 70 years. There were more family connections too. It seems the only people who didn’t know each other were Michael and I.

We started off slowly by going to see music together and having coffees close to work. Gradually we realised our relationship had morphed into something that was more than friendship. It wasn’t until after the European holiday we went on together in 2017 (where the photo was taken) that we decided to move in together. The holiday had been such a success that we thought we would give it a crack. We both sold our houses and moved into a rental while looking for something to buy. We found the ultimate party apartment in Surry Hills that our three grown up children think is fabulous. And we absolutely love living there too, it’s also really close to Pitt St Uniting church, where the Sydney choir meets.

For the entire time we have been together I have been telling Michael that we don’t need to get married. We had decided that buying a house together was a really big commitment that expressed how much we meant to each other. However, on New Year’s Eve, way before any festivities had begun, I proposed to Michael. This took him by complete surprise considering what I had said previously and he was speechless. Anyone who knows Michael has trouble believing that. The proposal was a reflection of my feelings for Michael and thankfully he said yes.

We are getting married at the Toronto Civic Centre wedding chapel in Ontario in the presence of Michael’s two sons Matt and Andy and my daughter Tamara. We can choose our own music and we have chosen to play the Ship Song version that our choir participated in with Sing Out Sydney in 2017.

The Sydney choir members and all at Creativity Australia wish Jillian and Michael all the best.

Sent in by Viviane – With One Voice Sydney.